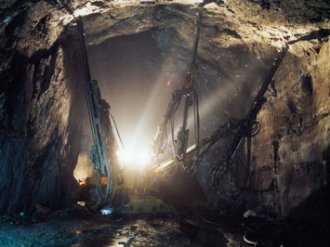 In the Voronezh region, Novokhopersky district, exploratory drilling operations for the extraction of nickel and copper were opened, which take place at the Elkinsky license area. The area under development is 8.6 square kilometers, the resources are 393.8 thousand tons of nickel, 54.6 thousand tons of copper and 14.4 thousand tons of cobalt.

Closed Joint Stock Company "OGK Group" (CJSC "United Geological Exploration Company of Groups") acts as a contractor from a customer holding a license for the development of subsurface resources. The license to develop the subsoil of Elkinsky site under the number of the SRV 15396 TR was issued in July 2012 by LLC "MMSK".

As explained by Yuri Shnyukov, who is the production director at OGK Group, at present only one unit is being drilled at the site under development, while the depth of the well is 150 meters. However, three more drilling rigs will be introduced soon enough. The planned time of installation of the second drilling - after the New Year celebrations, the third and fourth at the end of January.

The company WGC Group, which specializes in servicing qualitative exploration of subsoil in a short time, while ensuring contractual obligations, for the work was purchased drilling rigs, the manufacturer of which is the Canadian company Boart Longyear. Such LF 90 plants are intended for surface drilling, inclined and vertical geological prospecting deep wells with a diameter of 60 to 122.6 mm and drilling angle of 90 to 45 degrees. The choice of OGK Group CJSC was stopped on this equipment, as only it - if to make comparisons with similar equipment - has the highest reliability, quality, and environmental safety of the work.

At the moment, the company received a technical order for drilling a well with a depth of 11 thousand meters. According to Alexander Strobel, the technical director of OGK Group, this amount of work can be done by March 2014. Only after receiving the planned results, MMGC, which is the main customer, will determine the following stages of geological exploration. Also for the most qualitative implementation of the tasks that the customer has determined for the geologists, a wartime settlement consisting of modular mobile buildings is divided on the territory of the site.