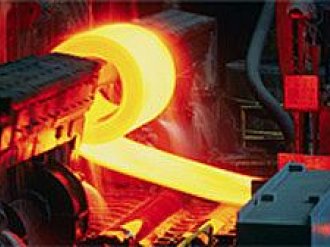 The British mining and metallurgical corporation Evraz Plc, whose main place of business is Russia, continues to increase capacity: last year, steel production increased by 1.1% compared to 2012, which amounted to 16.1 million tons. Such a jump was possible due to the increase in production at the factories of Russia, Ukraine and South Africa, and even in North America and Europe, despite the fact that in these countries the company was forced to temporarily stop the work of some enterprises.

At the end of the summer of 2013, the company had to slow down due to a decrease in demand - the work on the Italian sheet rolling company Evraz Palini e Bertoli was suspended, and in October it was necessary to suspend production at the Evraz Claymont steel plant in the USA. Nevertheless, in 2013, Evraz Plc increased steel production in Russia by 2% (11.9 million tonnes), in Ukraine by 21.4% (995 thousand tonnes), in South Africa by 12.3% (642 thousand tonnes) Tons). At the same time, production in Europe fell by 14.6%, to 388 thousand tonnes, and in North America (by 9.6%, to 2.18 million tonnes).

Due to the fact that Evraz Plc started the development and implementation of the iron ore restructuring project in 2013, the volume of commercial iron ore products decreased by 1% (20.4 million tonnes), as under the Evraz Plc program Some branches of Evrazruda and Evraz VGOK were sold. The consolidated extraction of coking coal increased by 22%, which amounted to 18.933 million tons. This indicator became possible due to the increase in the volume of raw materials extraction at the mines of Raspadskaya and Yuzhkuzbassugol.

Nevertheless, despite the high enough figures and the more than satisfactory demand for steel products in North America and Russia, the average selling cost over the past year has decreased in accordance with the global market situation.