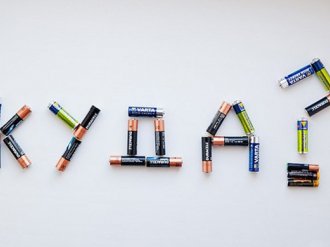 Looking at a simple finger or other battery, you can see on it a sign, meaning that it can not be thrown into a regular trash can. This is due to the fact that one battery can pollute a piece of land of twenty square meters. That is, it can poison with heavy metals the animals living on this site, and plants. And this is neither more nor less - two trees, two moles or one hedgehog. And there can be thousands of earthworms on these twenty meters. In these familiar batteries - a lot of different metals. This is mercury, and cadmium, and nickel, and lithium, and others. All of them can accumulate in the body of animals and humans, and cause harm.

Lead, for example, accumulates in the kidneys. Even in small amounts, it can cause brain disease. Also from it there are nervous diseases. Cadmium, in general, accumulates in organs such as the liver and kidneys. He lingers in the bones and thyroid gland. In addition, cadmium is a powerful carcinogen. Mercury has a negative impact on the human brain, its nervous system and various organs. Its entry into the body can worsen vision and hearing, disrupt the functioning of the motor apparatus and cause lung and bronchial diseases. Especially dangerous is mercury for children. Mercury is considered one of the most dangerous poisons, according to the classification it occupies the first position.

If the battery is thrown first into the trash can, and then into the container, along with the other garbage, it will eventually end up in the dump. If there is a fire from the heat and will burn or burn, a huge amount of dioxins will enter the atmosphere. Because of such poisonous compounds, which are tens of thousands of times stronger than cyanide, people suffer from oncological diseases and reproductive system diseases. In addition, these poisons are the cause of the slow development of children. Dioxins fall into the human body not only through air and smoke. They fall out together with the sediments, which means they accumulate in the soil and in the water. Poisons penetrate into the plants, and poisoned food enters our table.

Therefore, it does not matter where a person lives - in an environmentally clean place or next to a garbage dump. Dioxins penetrate everywhere. And the period of their disintegration is very great. No boiling, no other processing of products is able to rid them of dioxins. For this reason, everyone should think about how to properly dispose of batteries. In large cities can be located with the reception of batteries.