Tin, copper and zinc for the Olympic medal 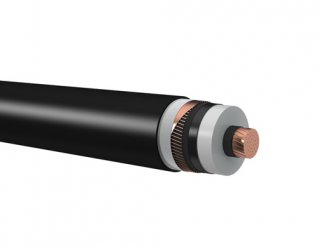 An interesting experiment in the field of sports life and well-known valuable awards of the Olympic champions was conducted by an independent research laboratory. The experts were interested in whether the award medals correspond to the characteristics stated in the title and what is the monetary equivalent of the symbol of victory at the international Olympic Games. Studies in this area have shown that a bronze medal actually consists of tin and copper supplemented with some zinc. The monetary expression of such a work is only three dollars and twenty-five cents. Such a low price does not go to any comparison with the value that such goods acquire as an Olympic award. The cost of the silver medal is somewhat higher and is three hundred and ten US dollars. The gold award also has nothing to do with its name and consists of an alloy that only remotely resembles a noble metal. If the organizers of the games produced the highest award for champions of pure gold, the cost of such a product could be more than twenty thousand US dollars. However, now the golden symbol of the championship does not contain a tenth of the precious metal, at best the athletes receive a prize of gold plated silver.

The last time the medals, which were really made of pure gold, were the athletes during the Olympic Games in Stockholm (in 1912). Further, the value of the main sport prize gradually fell, and for today is just a beautiful shell of a deep victorious symbol. In their assessments, experts rushed from the average market value of raw materials according to the international stock exchange of non-ferrous metals.

However, the value of a sports award in the generally accepted sense does not depend on the market value of the material from which the medal is made. For any athlete, this trophy means overcoming one famous personal milestone, based on days of hard training, washed with sweat and blood. Therefore, research in this area should not be taken as a basis, but rather can be viewed simply as an interesting fact from sports life. After all, not everything in our world is measured in money. Deep human qualities have not been canceled. No matter how much a medal costs in the philistine market, a sportsman who won the highest trophy of the Olympics, considers it really priceless.