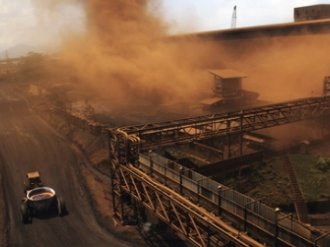 "Norilsk Nickel" gradually increases the smelting of copper - for the period from April to June inclusive, the volume of production reached 93.7 thousand tons, an increase of 3.7% compared to the first quarter. Such indicators are due to the increased volumes of copper ore processed in the Polar Production, as well as to the growth of sales to third-party buyers of copper cake from Norilsk Nickel Harjavalta. The total volume of nickel produced by the company in the first half of 2014 was 184.1 thousand tons, this figure is 0.8% lower than the result of the same period last year, which is explained by lower supplies of nickel ore to Norilsk Nickel Harjavalta. Over the period April-June 2014, Norilsk Nickel produced about 60.9 thousand tons of products, this figure is 10.2% lower than the results of the first quarter. Explain the deteriorating indicators can be a planned reduction in the number of manufactured goods at Russian enterprises and in Finland, which directly depends on the performance of repair work. In general, the decrease in the level of production volumes was largely affected by a decrease in the number of low-profitable operations conducted at Kola MMC, as well as a reduction in the output of nickel by foreign factories.

Meanwhile, investors from the PRC are vividly demonstrating their interest in the Norilsk Nickel project regarding the development of the Bystrinsky deposit in Transbaikalia. The necessary investments will amount to no less than 1 billion USD over a three-year period. In the spring of 2014, the Bystrinskoye field received the status of a "first-class" deposit, and in June a tender was announced regarding the objects of the GOK - the village, boiler house, concentrating factory and power supply facilities. The final stage for the construction of the Bystrinsky Combine is scheduled for August 2017. A little earlier, the necessary investment in construction was estimated at 51.6 billion rubles.