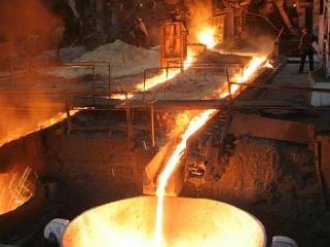 According to Alexey Romanov, the head of the group engaged in the modernization of production, RUSAL decided to launch a modernized casting department related to the Kandalaksha aluminum smelter in the Murmansk region. This project, aimed at improving the work of the department, was opened in early spring 2011, with investments amounting to about 20 million USD. In the process of project implementation, the company installed German technological equipment from the company Jasper GmbH, intended for melting and pouring alloys. Now start-up and commissioning works are being carried out for the most efficient production work.

At the Irish alumina refinery Aughinish, owned by RUSAL, a replacement of the central energy carrier has been made, so that gas is used instead of fuel oil in the production of steam. Thanks to new equipment in the second half of this year, the cost of goods will decrease by 11-13 USD per ton, in addition, environmental data will be improved by eliminating emissions from the combustion of oil products. As part of the project, three black oil boilers were replaced by two steam generators. The installed equipment can generate high-temperature steam in a volume of about 300 tons per hour.