Scientists have opened a new class of materials 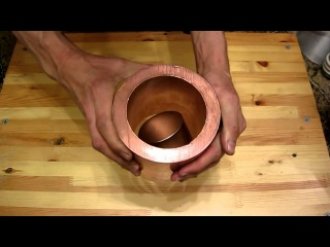 There is a rather small amount of natural metals possessing natural magnetic properties. And, some of the available are rare. Scientists were able to create magnets from non-magnetic manganese, and copper , which also does not possess this property. Opening provides access to a new class of materials. They can be used in the manufacture of sensors and electronics.

Most of the materials are more or less endowed with magnetism. This property appears when placing a sample in a magnetic field. In a ferromagnet, the properties of a magnet are present even after the field is turned off. To products in the industrial field, using magnets, you can include engines, sensors and electronics. And most of them contain nickel , iron, cobalt and alloys based on them. But the list of such materials is very limited. It is for this reason that researchers are so interested in synthetic magnets. An unusual copper- manganese magnet is created by using carbon molecules. The composition of fullerenes is carbon atoms, and they are able to draw electrons from a nearby metal.

To create a magnet, a non-magnetic chip was covered with a layer of fullerenes, on top of which a layer of manganese or copper was deposited. The thickness of the upper layer was 20 nanometers. But even with a small thickness, the chip demonstrated the presence of magnetic properties outside the magnetic field. The magnetization is not too strong, the chip can not be attached to the refrigerator. But it clearly shows the presence of ferromagnetism in manganese and copper at room temperature. It was found that magnetism occurs at the boundary of the layers. Moreover, in the metal-carbon structure it is weaker than in iron 30 times. However, researchers are confident of the possibility of improvement. It is enough, in their opinion, to find the right combination of metal and molecules for maximum effect.

Today, the use of magnets in industrial and technological applications requires the use of neodymium. Neodymium is a rare-earth element, the cost of which is constantly increasing. In contrast, coal and copper are readily available in terms of extraction and price. Constant magnets made of them open access to environmental technologies. At the same time, dependence on unnecessarily expensive minerals is significantly reduced. Another plus is the biocompatibility of fullerenes. And hence the possibility of obtaining them in chemical laboratories.