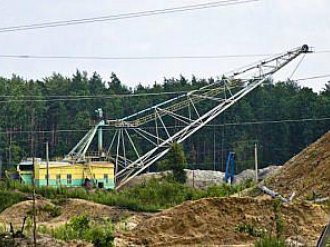 The reason for this was the increased demand of Chinese enterprises for iron ore. Also one of the reasons is the increase in prices for the raw product. Financial conglomerate Germany expects new investments and increase capacity in production of iron ore. There will also be replacement ore deposits, which are gradually depleted.

Deutsche Bank claims that the three largest iron ore companies in Australia is planning to invest about $ 10 billion in private enterprise. This will increase ore production to 170 million tons per year. By 2022, growth will be 9%, to 850 million tonnes in raw equivalent.

Rio Tinto in late summer will launch a new Deposit. He is the first gradually replace depleting mines in the West of the country. In the future the company plans to allocate about $ 100 million for such purposes. We also discuss the launch of projects totaling billions of dollars. They plan to implement in the next three years.

Chinese economic policy has led to the development of favorable conditions in the iron ore market. Stable and large iron ore prices forecasted to hold out at the position during the year.