The global steel market showed that in October? 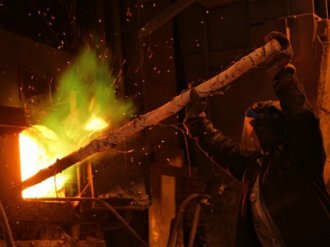 The situation on the world steel market in October can be called strange. Indicators crippled Chinese political solutions to environmental issues. The consequences were unpredictable. Any assumptions regarding future results are not there. But hope for the best still thalis. The first half of September culminated in the cessation of growth indicators. In October, he accordingly has not recovered. In the end, assumptions were based on the rate of decrease. He could be quick, could be slow. In the end it turned out to be slow. Such a prospect awaits in November.

International experts suggest the reduction in Chinese production volumes. The reduction can reach up to 45 million tons, compared with last year. Of course, can be reduced and consumption of the finished product. Existing Chinese manufacturers optimistic yet not different. The struggle for the environment is significantly hit their confidence. This mood has a negative impact on price indices.

Imported ore, which includes 62% of iron, fell. At the end of October, it cost about $ 60 per ton. In comparison with September, she fell in price by more than 19%. Steel products became cheaper by only 10%. Thus, the Chinese steel was more stable.

Special attention was won by Turkey. After the negative trend in the first months of this year, it soared. The economy recovered, and the construction sector demanded rolled steel. However, the builders are somewhat slowed down. This resulted in negative changes across the country.

Iran decided to actively take up exports. Local companies are reluctant to consume of the workpiece. Because metallurgists decided to conquer foreign markets. Thanks to them, the price of finished products fell slightly.